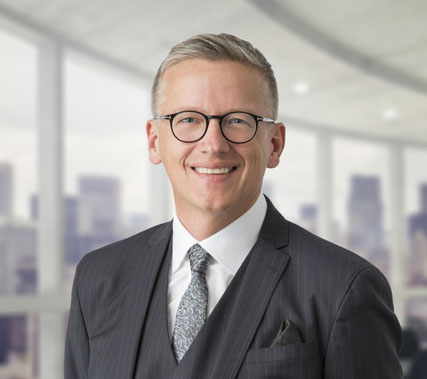 Sean Ringsted is Executive Vice President, Chubb Group and Chief Digital Business Officer and Chief Risk Officer. As leader of Chubb’s 100% digital business unit, Mr. Ringsted is responsible for overseeing revenue, products and capabilities with partners, including digitally native platforms and financial institutions, as well as driving digital business results with the company’s traditional agent and broker partners. He is also responsible for the use of data and analytics to drive decision-making insights across the organization.  As Chief Risk Officer, he is responsible for the continued development and implementation of Chubb’s risk management strategy, risk management framework and related processes across the company.

Mr. Ringsted has more than 25 years of experience in the insurance industry. In February 2017, he was appointed Chief Digital Officer. He has served as the company’s Chief Risk Officer since 2008, prior to ACE’s acquisition of Chubb in 2016. Mr. Ringsted was named Executive Vice President, ACE Group, in March 2014. Mr. Ringsted’s previous leadership roles at the company include serving as Chief Actuary from 2004 to 2017; Executive Vice President and Chief Risk Officer for ACE Tempest Re from 2002 to 2004; and Senior Vice President and Chief Actuary for ACE Tempest Re from 1998 to 2002. Prior to ACE, Mr. Ringsted was a consultant at Tillinghast-Towers Perrin.